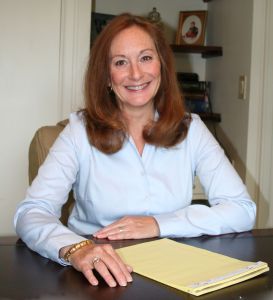 Posted at 12:31h in Mediator Spotlight by Morgan Peralta
0 Likes

I have been a MTMA member for many years. I began serving as a Settlement Master for the 11th Judicial District Court in 1992 and found that I had a knack for it [mediation] and enjoyed it so much more than litigating cases that I decided to explore mediation as a profession.  I began by attending a 40-hour Divorce & Child Custody Mediation course with CDR Associates in Boulder, Colorado, and then continued to attend educational programs whenever possible, including a 40-hour program offered by the Montana Consensus Council in 2005, in Helena, where I had the privileged opportunity to learn and be coached by a world renowned expert in conflict resolution, specifically, Dr. Dudley Weeks, who authored the Eight Essential Steps of Conflict Resolution. By 2011, I had developed a nearly full-time mediation practice and stopped litigating all together. I’ve been working mostly as a mediator/ADR professional ever since, although I still accept matters as a Parent Coordinator/Coach from time to time. Rather than proud, I would say that I am highly satisfied with my work as a mediator, settlement master and ADR professional.  I have served successfully as a District Court Settlement Master and an Appellate Mediator for the Montana Supreme Court.  I have served countless people in my community who have found themselves embroiled in litigation and it is always satisfying when people discover the steps they can take to resolve their disputes, no matter the type of dispute it may be.  I have helped resolve family matters (divorce, parenting), estate disputes, contract conflicts, construction and employment disputes, just to name a few. Two distinct matters come to mind as being highly influential in my initial pursuit of mediation as a career.  Both were appellate cases to which I was appointed by the MT Supreme Court to mediate (1) a divorce dispute that had been in litigation for 8 years (2 trials and appeals) and (2) a foreclosure dispute between a national bank and a rancher that had been tied up in litigation for years as well.  Both cases required that I fly in a small aircraft to the eastern part of Montana and both cases settled, much to the surprise of the lawyers and the parties (and me too because these mediations occurred very early in my mediation career.  Talk about a nervous Nelly).  No one knew who I was and I learned that calls had been placed to colleagues (the old boys’ network) in the Flathead to inquire about my legal abilities (LOL).  The best part of the foreclosure/banking case was that the banker and rancher went out for lunch while I worked with the lawyers (and there were several of them) to craft a settlement agreement.  Both cases were dismissed from appeal.  In both cases, the lawyers and parties stated that they believed that had they worked with me as a mediator when the disputes first arose (years before) that they would have settled and saved everyone time, money and much stress.  I have so many other satisfying case outcomes that I could write a book, but these two cases really woke me up to how wonderful mediation is for the people involved in conflict situations. I am pleased to have learned about mediation early in my legal career.  I have discovered that the tools I’ve learned and skills I’ve acquired have helped shape my personal life, as much as my career.  One of my most endearing mediation experiences is with my young grandchildren, whom I’ve taught to reframe issues that arise between them (even when engaged in play).   My grandchildren know (ages 9 and 6) that civil communication is essential to all of their relationships and that conflict is a natural occurrence among human beings. The key is looking for the path to peace!  I have a most precious video of my 5 granddaughter at age 3 or 4 sitting at my desk and mediating a dispute for two characters from the Octonauts (one of her favorite childhood programs); I played both characters, who were arguing over whose fault it was that their submergible crashed and was broken.  She let the characters figure it out themselves with her facilitation. My favorite past times include spending time with my grandchildren, golfing, hiking, bicycling, and travel (I have been to Italy twice, and Africa twice: Egypt to see the pyramids and Valley of Kings, and another time in 5 different countries in South Africa including a safari where I spent 3 nights camping (not glamping) in the bush in Chobi National Park (where I could hear elephants rumble and lions roar at night). In fact, during one of several border crossings, an African border agent asked me what I did for work and as I spoke about mediation he told me that I was needed in Africa! I also love to cook for and entertain my family and close friends.  I enjoy comedy improv and made my debut in 2018 at Flathead Valley Community College. My favorite part of mediation is multifaceted.  I love it when people experience a break through by reaching for one more idea about how to be fair to all concerned, or when people really commit to the process and begin to alter their personal communication dynamic even a little, or when I become invisible and the parties open up and figure things out while I take notes in the background, and, last, but not least, when the conflict partners discover the steps they can take to resolve their conflict.  What’s not to love about mediation?